AN AWARDED HOSTEL THAT CHANGED OLD SCHOOL SPREADSHEETS FOR HQBEDS 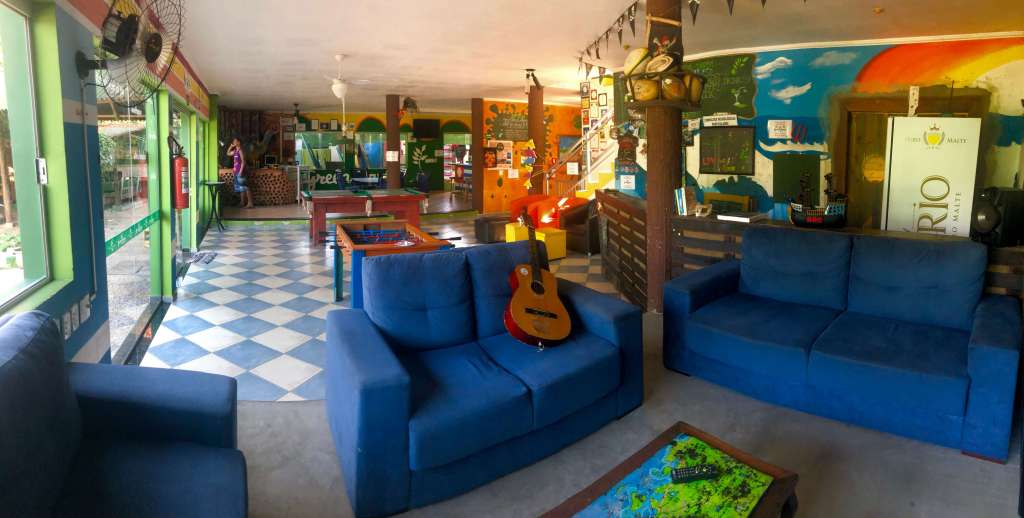 FROM RUGBY TO HOSTEL

Vinícius, who was a rugby player, started going to hostels at the age of 17. At that time, rugby in Brazil was completely amateur and the teams or clubs did not have enough money to fund hotels for the players, and he and his team stayed in hostels.

In 2010, he was very dissatisfied with his professional life, happy pocket, but sad mind and heart. “There was only one thing that really made me happy, which was rugby, so I decided to try to look for a new path in life using Rugby.”

In 2011, Vinícius received a proposal from a club in Malta to play at a better level for 2 years and saw the possibility of learning English and trying to find himself professionally. The money he received from rugby was not enough, and he started working for a tour operator.

The work was nice, but the money was not very good. Until one day, he met the owner of the main hostel in Malta, and he was in need of a new “manager”, because his would leave in a month.

“I received an invitation to be his manager even without any experience, so I asked the owner of the Hostel: Why do you want me to be your manager if I don’t even speak English?” He replied: “Vini, your greatest quality is the way you treat people, English you can learn, we need to improve our grade and I’m sure you will help me to keep our prizes.”

He accepted the challenge and says that he had two sensational teachers: the former manager, who taught how to work with OTAs, and the owner of the Hostel, who taught all the secrets to get good reviews.

“I worked at this Hostel for two years, we won many OTA awards, mainly from Hostelworld, and I was able to see and learn how a country with 400 thousand inhabitants explores tourism with mastery (curiosity: during the summer months, Malta receives about 2 million of tourists) I went back to Brazil to embark on an adventure to set up my own hostel, in a beautiful city, perhaps one of the most beautiful in Brazil, but which has no idea how to explore tourism.”

Vinícius returned to Brazil and opened the hostel Green Haven, in Ubatuba, more precisely in Perequê-açú.
He says that at the beginning he had the same difficulties that all hostel owners face in Brazil: high taxes and prices, always without any support from the government.

But that didn’t stop him from building a super award-winning hostel.

“The main idea at Green Haven has always been to do the job with lots ans lots of LOVE, because of that, one of our slogans “Love the Green” suggests this all the time. We love what we do and sell joy, that’s why LOVE is the watchword within our company“, says Vinícius.

The beginning was very difficult, as it is for everyone. A lot of work, he had to learn to do everything in the administrative part, and he continues to learn today.

But the hard work paid off, and the results came very quickly and continue to come today. In their second year of service, they won the award for best Hostel in Brazil and best Hostel in Latin America by Hostelworld, and some other awards and certificates from other renowned agencies.

Green Haven Hostel started to appear in many reports and travel guides because of the amount of good reviews they got. “Emphasizing that we won Hoscar in 2015, but he referred to 2014, which as everyone knows was the year that Brazil received the most foreign tourists in history (World Cup).” 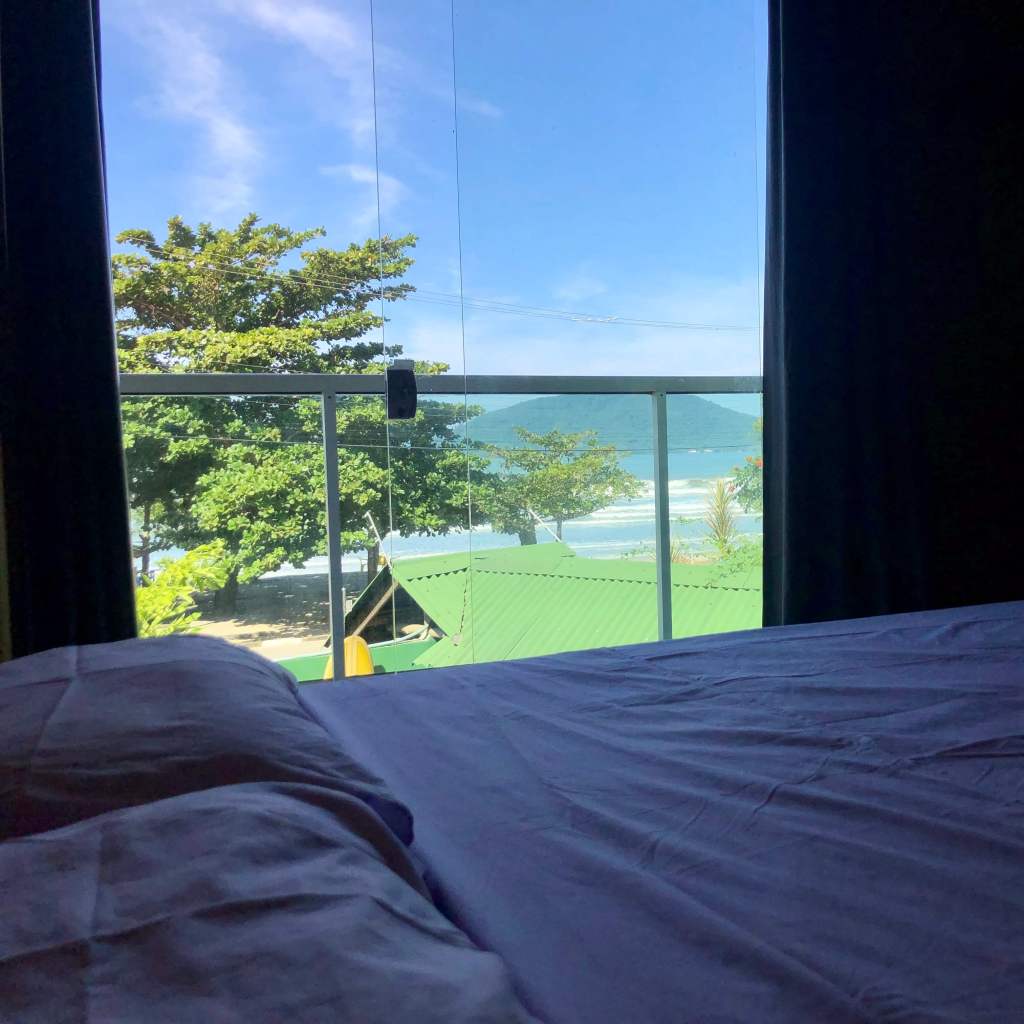 A MULTIDISCIPLINARY TEAM THAT ASSEMBLED AN “INTENSE” HOSTEL

The Green Haven has 4 partners. “My 3 dear brothers and me”. Vinícius was a Rugby player for 20 years and a lawyer for 7 years, and today he takes care of the entire administration and management. The younger brother Túlio is the Architect of the Green Haven Hostel and takes care of all the works, maintenance, as well as being the owner of Let’s Go Ubatuba. Tiago takes care of the Hostel’s security and the last partner is Mariano, the older brother, who is a neurosurgeon and helps in whatever way he can, because of the busy life he has. “But he helps!”, he says.

“We say that we are an intense hostel, everything at Green Haven Hostel is lived with a lot of intensity, when we have a party we have a real party, when we play sports we really dedicate ourselves to sports, when we rest, we rest with mastery, in short we can say that here it is a party hostel when there are parties, it is a beach hostel when everything is calm and a sport hostel when sports activities are carried out.”
VINÍCIUS 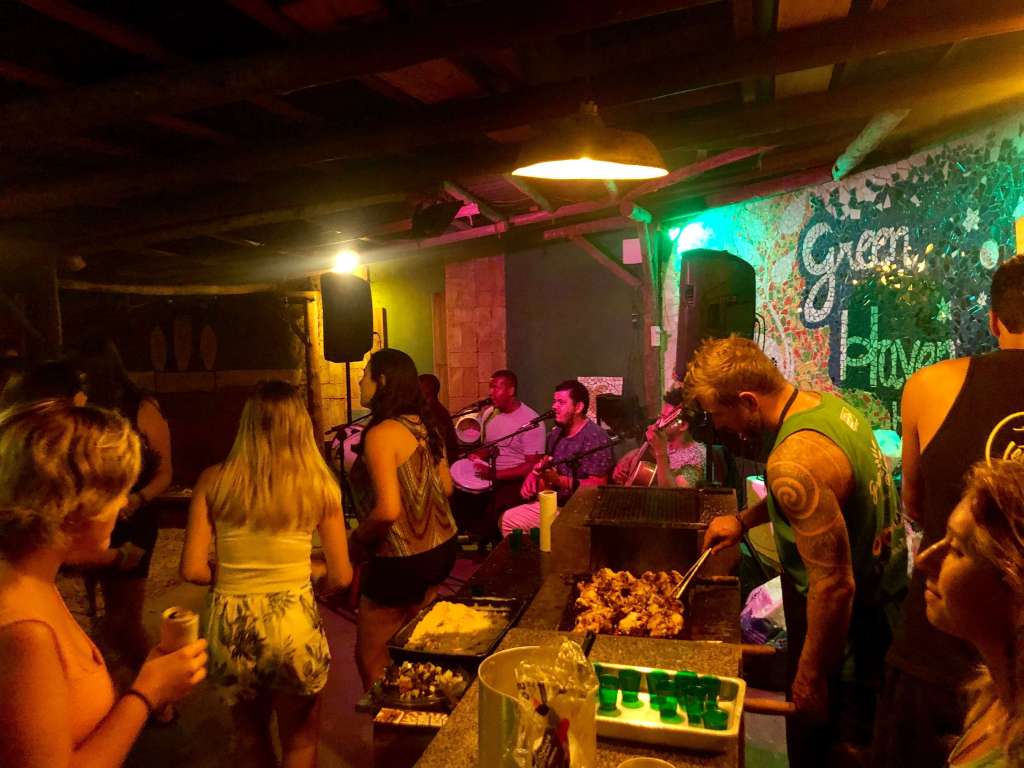 THE BIGGEST CHALLENGE: DEVELOPING THE DESTINATION

When he opened his hostel, Vinícius was inspired by many hostels, but mainly at Hostel Malti, in Malta, where he was manager in 2011 and 2012.

But the main challenge has always been to develop the destination. He states that Ubatuba is one of those places in the world where everyone should spend at least a week in life. There are 102 beaches and 85% of the municipality is preserved Atlantic Forest.

It has always been a destination well known to São Paulo, but little known to foreign tourists, so the challenge at the beginning was to bring foreigners to Ubatuba. And that they achieved with hard work and LOVE.

The hostel, in addition to promoting the destination, with local and sports activities, also has a bar called “A Taberna do Pablito”, where they hold events throughout the year.

Every Saturday of the year they have barbecues with free caipirinhas, lots of food and live music for R$ 60.00.

Some large parties are open to the public, like the famous Halloween, as well as the St. Patrick´s, which by the way is on the anniversary of the Hostel.

THE TRANSITION FROM OLD SCHOOL TO A PROPERTY MANAGEMENT SYSTEM

Even with an established and awarded hostel, for many years they have not used any management system.

“We spent 4 years doing everything in the “old school” scheme, paper and Google Calendar. Despite being an archaic thing, it worked very well during the first years, then we noticed the need to change and start using a PMS, we did a lot of research even before joining hqbeds.”

The main difference he feels after switching to hqbeds was the optimization of the execution time of the activities, but mainly of his own time.

In addition, with the hq he got a better control of entrances and exits of everything that passes through the Hostel, from guests to a beer can, optimizing its management.

“The hq gave me something that made all the difference, gave me time to do what I do best, which is taking care of the guests with a lot of LOVE.”
VINÍCIUS 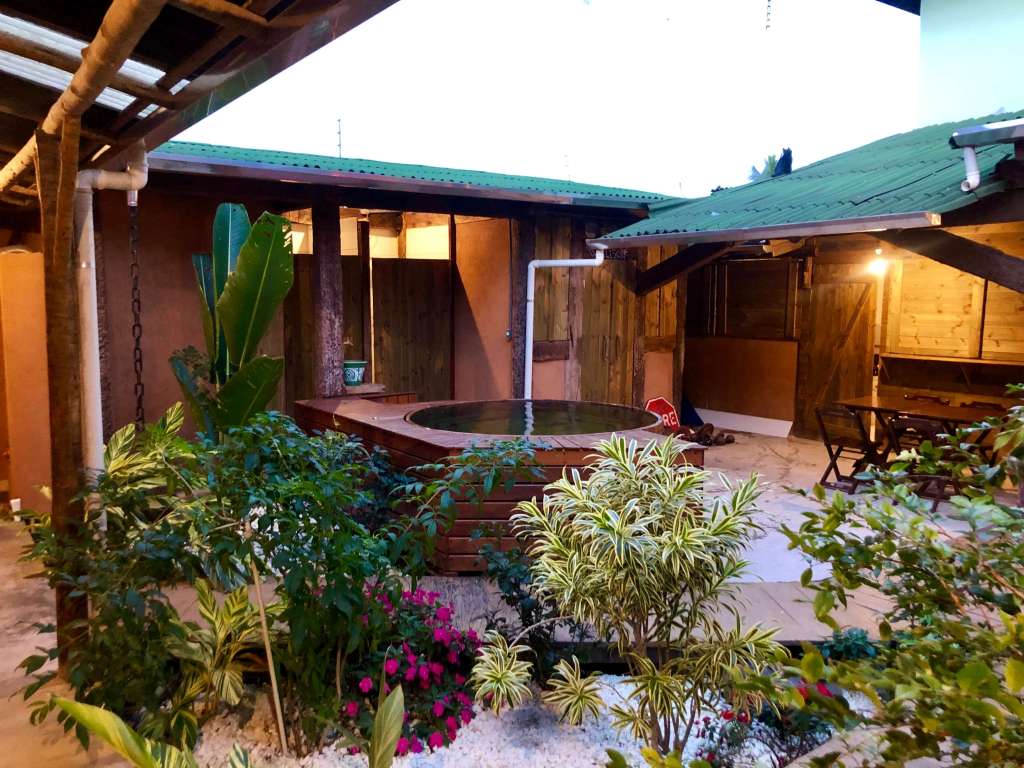 THE TRANSITION TO A PMS

The transition to the system was relatively smooth. He says that the support of hq has always helped in everything, and did not see great difficulties.

For the staff, the change was smooth. The basics they learned fast, because it is all self explanatory. The administrative part demands a little more care, but the staff does not use these tools, Vinícius himself does.

He says he makes use of all the administrative tools and controls that the hq offers. As for the service received by the hq, he comments: “They are always open and listen to our needs, and always try to find the best solution for us.”

Vinícius ends with a tip for those who are thinking of venturing into the sector:
“Welcoming people very well and doing their job with great care. Take care of the details, they make all the difference and especially have a PMS that really meets your needs. ”

THE BACKPACK OF HQ CONTINUES!

We will bring real stories of hostel owners and owners from all over Brazil to discover what they have learned, how they have evolved and the passion of each one for the life of a hostel. 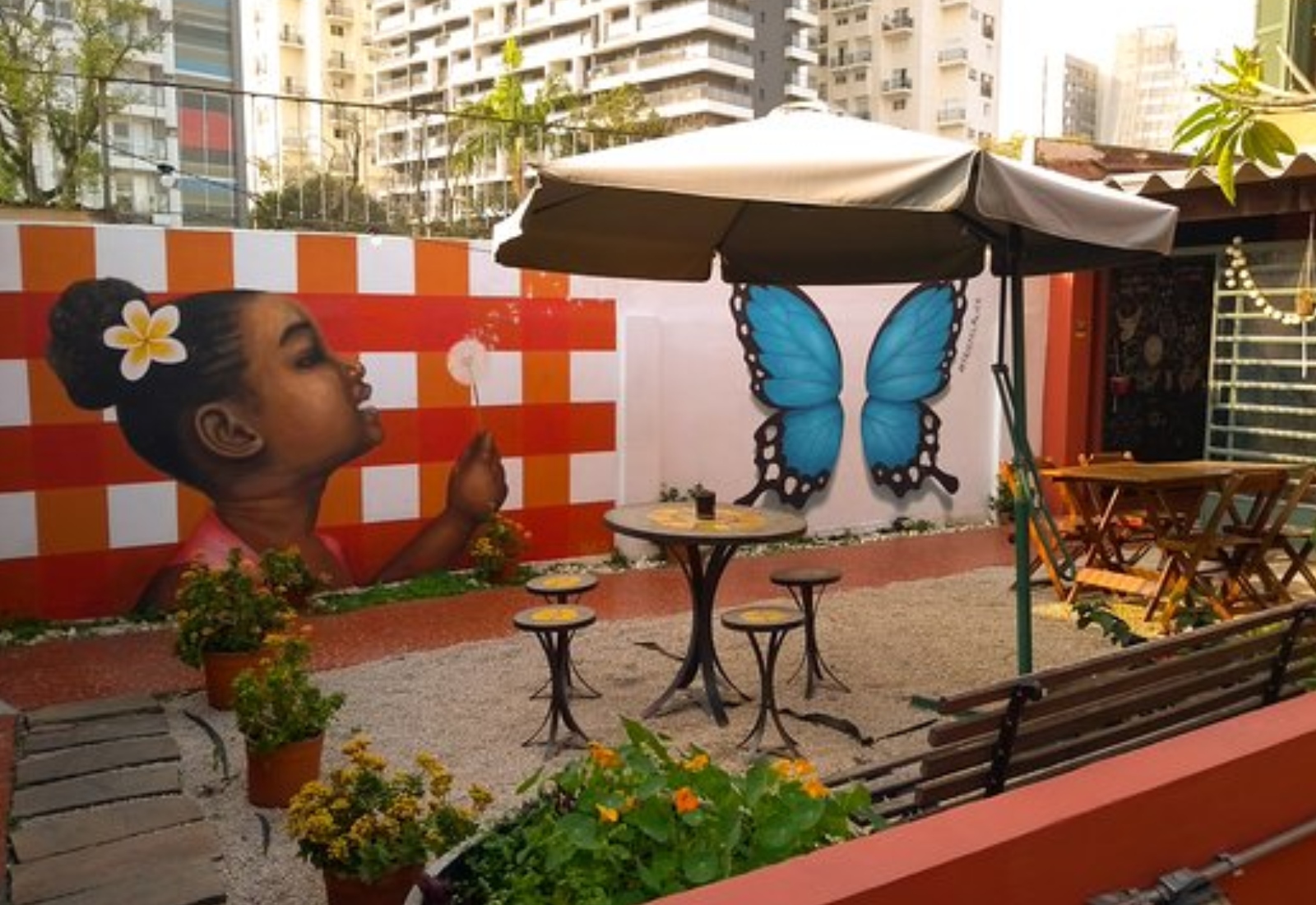 Alice Hostel, a hostel with a distinctive niche that bet on hqbeds right from the start 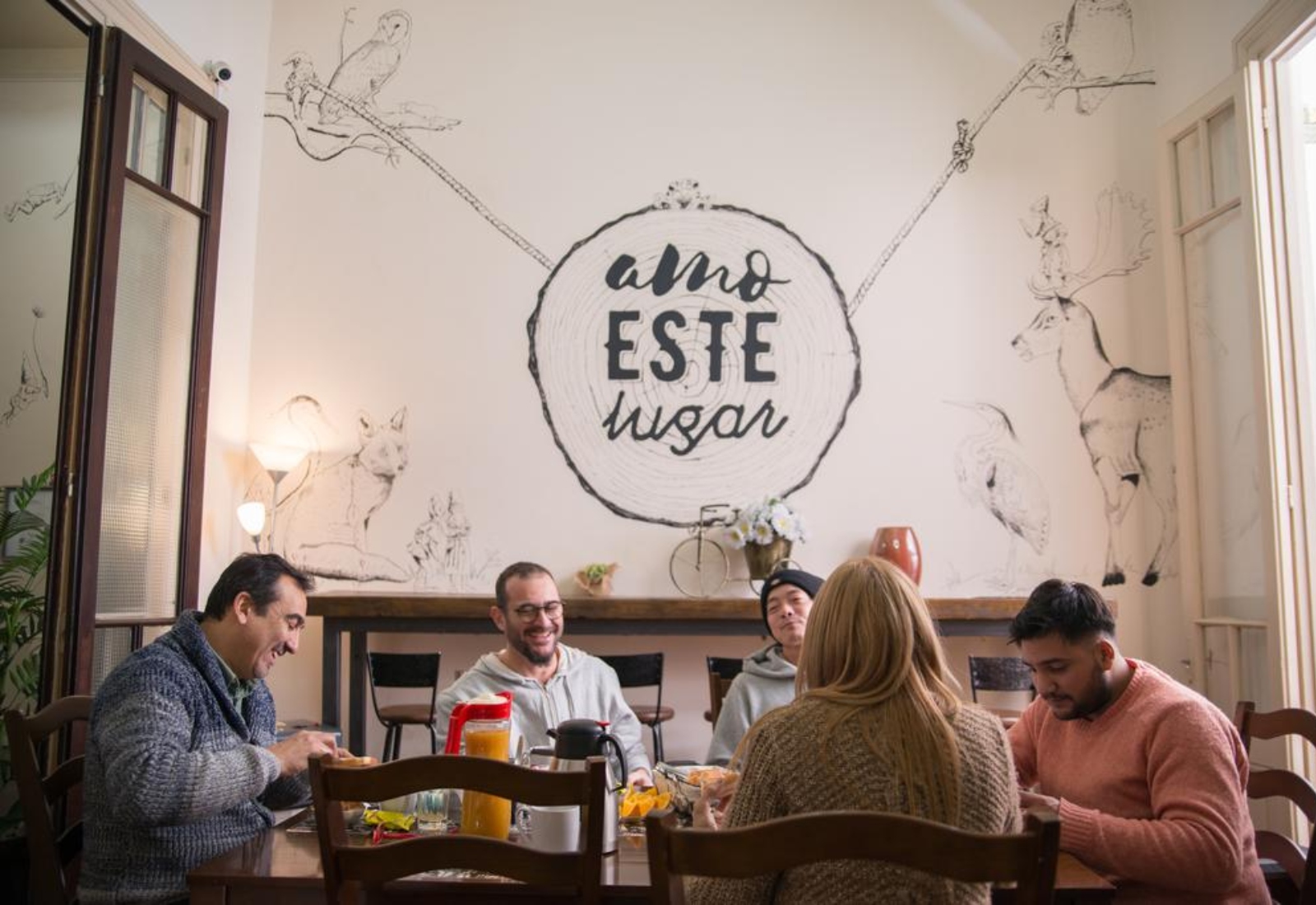